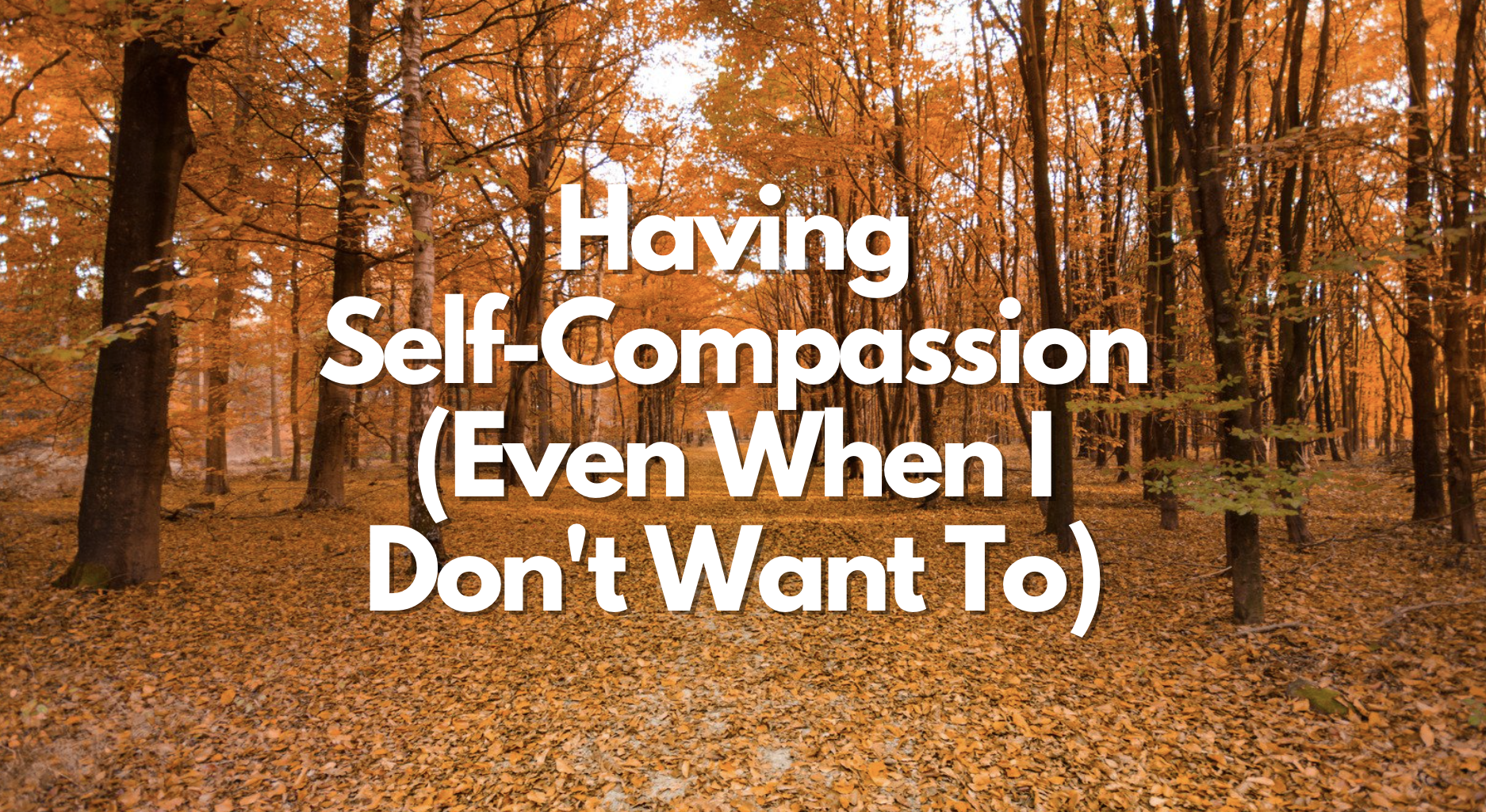 Oof. My first blog post back and I’m already diving into delicious topics like having self-compassion. In all fairness, there’s been a lot going on. For starters, I married the most incredible man. We went on our honeymoon to Greece. We’ve met with a realtor to (hopefully) buy our first house together. From the outside looking in, my life is going pretty damn good. And while I’m working to create the life I want, that doesn’t mean my bipolar disorder magically disappeared. It doesn’t mean life stops moving and there will never be a struggle along the journey ever again.

While I am doing incredibly well, there have been some circumstances that have triggered my mental illness as of late. It requires me to dip back into my tool belt, despite everything in me wanting to throw the entire tool belt into a raging fire, crawl into bed, and sleep until it passes.

But I did no such thing. Instead, I went to therapy. Instead, I found a local support group. Instead, I turned toward myself and asked, “Lauren, what do you need right now?”

On one of these difficult days, I decided to mix up my afternoon by going to the pool for a much-needed screen reprieve. I wasted no time before I dunked myself beneath the water. I dragged my feet along the bottom, my toes caressing the navy blue tiles going from one end of the pool to the other.

I took a giant breath in and sank below. My face reached the surface and an exhale followed. I brought my shoulders down with me as I began to swim my best butterfly stroke. With each forward motion wooshing my arms behind me, I felt a little lighter. There was something happening that was so distant I barely recognized its face: compassion.

Emotional researchers have studied compassion and stated its literal definition is “to suffer together,” or “having concern for the sufferings of others.” Having self-compassion is suffering with oneself. To have concern for your own personal suffering.

When stroking my arms through the water, I saw my suffering. I gave myself compassion.

You don’t need to fight today. You just need to move your body one breath at a time.

Everyone always shares their unsolicited advice by saying, “Exercise relieves anxiety and depression.” And obviously, there is a science to back all of this up but I certainly don’t care to do the research. The part people don’t ever seem to say nearly enough is that exercise doesn’t have to be going to the gym or going for a three-mile run. Instead, I like to replace the word “exercise” with “kind and gentle movement.”

Exercise has expectations associated with it. Burn a certain number of calories. Sweat. Do the reps. But if you’re already in a state of anxiety, depression, frustration, sadness, or what have you, then why on God’s beautiful green Earth would you ever want to put your shoes on, let alone lace them up, if that’s what’s expected of you in your darkest hour? No, not me. Kind and gentle movement is filled with an overwhelming sense of self-compassion.

Back in the water, a smile beamed across my face. There, in all its glory, was compassion shining through. And the more I cheered myself on with every stroke, the more full and alive I felt. I was my biggest cheerleader while a crowd of people read their books along the poolside. I no longer felt their beating eyes on me as they glanced over the edges of their sunglasses. It was just me and my personal cheering squad of one.

I had self-compassion at that moment. Even when I wanted to wave my white flag and retreat, I didn’t. I knew moving my body would be good for me. Kind and gentle movement.

While this seems like a small feat, it most certainly wasn’t for someone like me. The compassion translated into other areas of my day which played a domino effect on my week. Every time I felt short with myself, I chose self-compassion over self-loathing. That’s the real exercise right there. I’m building my self-compassion muscle one rep at a time.

Bipolar disorder has a stigma around it. The word is thrown around when talking about someone who can’t make up their mind about something or changes course with their emotions. But the reality is much different. The less that people know about the disorder, the more they fear it. The less they know, the more they confuse it.

It makes sense. Anything sounds intimidating when you put the word disorder after it. But entering into this new chapter of my life where I get to call the shots, I’ve decided to rename it. I no longer have bipolar disorder. I have bipolar superpowers. And I’m reclaiming each and every one of my superpowers.

Having bipolar has made me one of the world’s biggest empaths. I take on the emotions of others as if they’re my own to the point where it can become debilitating. But when the balance is just right, there is a level of compassion, of reverence that makes me more connected with people than the average human.

I’ve been told countless times, “I just feel like I can talk to you about anything.” This is not to gloat. This is to say that while I’ve learned how to set strict boundaries with myself as such a highly-sensitive empath, I also know that people feel comfortable because of my bipolar, whether they know it exists or not. I understand what it means to feel so out of control with basic human emotions. I know what it’s like to self-sabotage time and time again. But I also know what it’s like to be in a position where you just need someone to listen and say, “I’m sorry. That really sucks,” followed by a gentle hug or hand hold.

However, when the tables have turned and the need for compassion is for myself, it’s much more difficult to provide. When I’m in a depressive state, I battle with both my rational and irrational brains. The irrational side tells me that I’m worthless or some other form of self-deprecation. The rational side, on the other hand, is fighting tooth and nail to defeat the compounding lies.

In those heightened moments of battle when the irrational thoughts come in blazing, I have to remember that the only thing that keeps me afloat is one of my remarkable superpowers. I need to have self-compassion.

My bipolar superpowers are endless. I can see the world through a different lens than someone who is neurotypical. Life becomes a series of iconic moments needing to be captured in the most vivid detail possible. I take mental snapshots of the very particular way the sun shines through the trees at six in the morning. I remember the conversation that happened between a mother and her four-year-old son at the grocery store earlier that week. I capture the way the man brushed his hand across the arm of his partner at the park.

As difficult as having bipolar is, I wouldn’t trade these abilities for anything. Life is too short and too precious not to soak in these details.

Lauren Dow is the author based in Greenville, SC. You can support Lauren’s work to normalize the discussion around mental health by checking out her books, In Body I Trust and Your Wild Journal. You can also sign up to receive monthly emails with a special free gift. 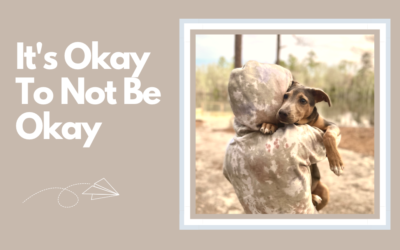 It’s Okay To Not Be Okay