Authenticity: Find The Courage To Be Yourself 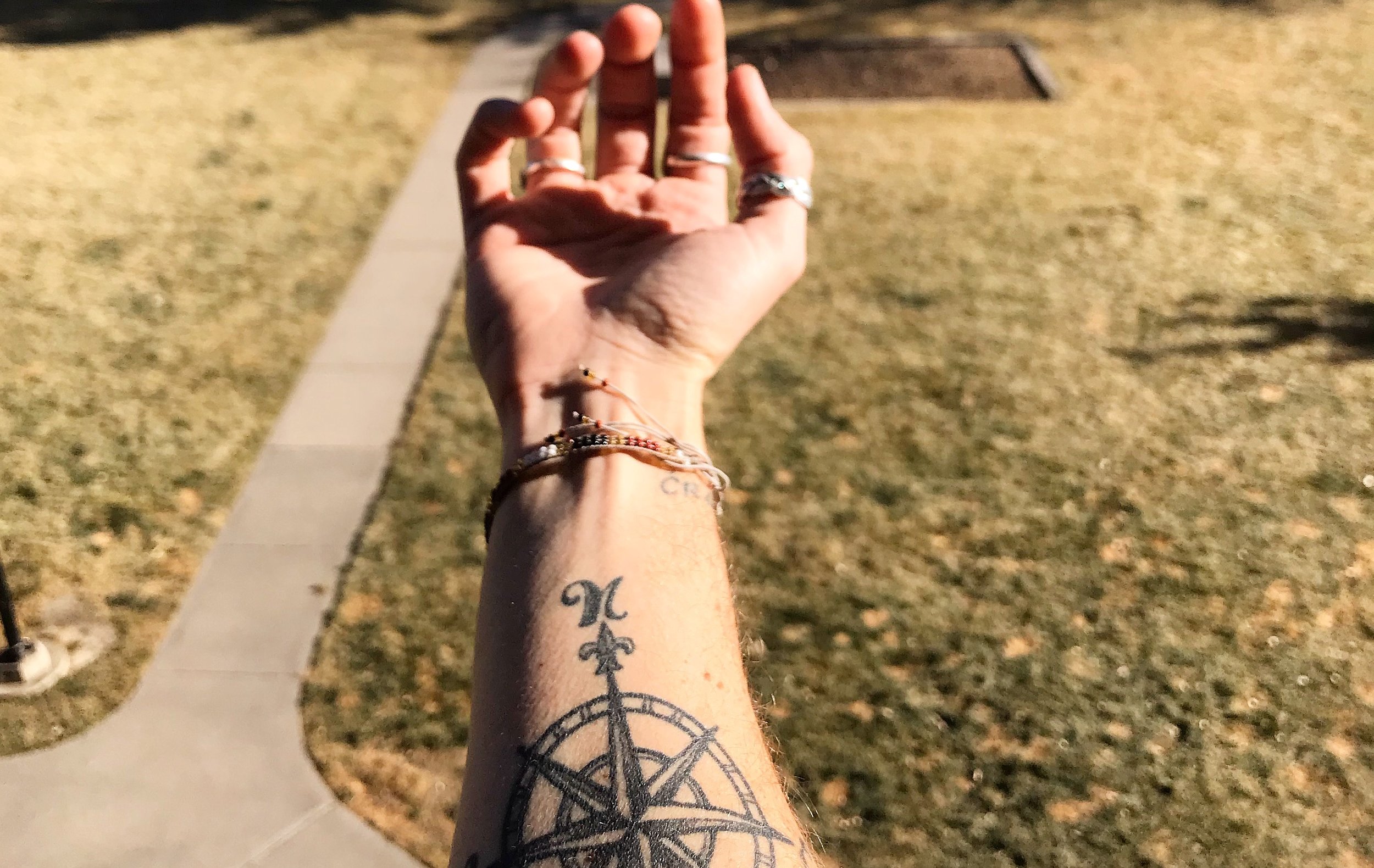 Authenticity. How about them apples? Or pears. Whatever your preference.

My story doesn’t start with the glitz and glam of a good Instagram filter. It starts with a regular five foot eight girl who became a woman, stumbled, second guessed, and had a looming grey cloud of self-deprecation along the way. So basically ninety percent of the female population of the United States. I’m graciously making ten percent room for the women who say they’ve totally got it together, but are simply being hyperbolic. Do you want to know why I chose the world hyperbolic instead of saying ‘over exaggerating?’ Because my friend used it in a text message which I instantly had to Google search the definition. This led me to yet another inquiry for the word hyperbole. Call me well educated, when in fact, I’ve removed the shame behind not knowing something and changed the inevitable course of codependently seeking the validation that I am smart by pretending I knew what it meant. Instead I bravely told myself that it was perfectly fine, normal in fact, to not know everything. Even if it was just a definition to a commonly used word.

I’ve spent quite some time seeking out what makes me, well, me. For twenty eight years, I’ve struggled with the idea that I needed to solidify who I was going to be at the ripe age of five years old when the world started asking me, “What do you want to be when you grow up?” A mom, or Batman. Either would suffice. Than it blossomed into a teacher, followed by a photographer. This developed eventually into a flight attendant. As you can see, even as a child we are beaten down with the idea that there is only one thing we need to figure out. Our career, and our career will define who we are for the rest of our lives. Career = Authenticity.

FALSE. You must know this, but sometimes it takes reading or hearing it from a different perspective or just a different set of lips and vocal chords even though you’ve heard it a million times already.

This concept followed me well into college, and the beginning of my adulthood at my very first internship.

By allowing “Social Media Marketer” to define me, I also allowed it to sink into my personal life. If my career is my identity, why would it stop five P.M. sharp? This was who I was supposed to be after all.

After a significant amount of time traveling, I came back with a whole new perspective about my identity. I was having the ultimate identity crisis. I began to question everything from my personal morals, my religion, questioning my self existence and who I was meant to be in this world. What was the point of having hands?? 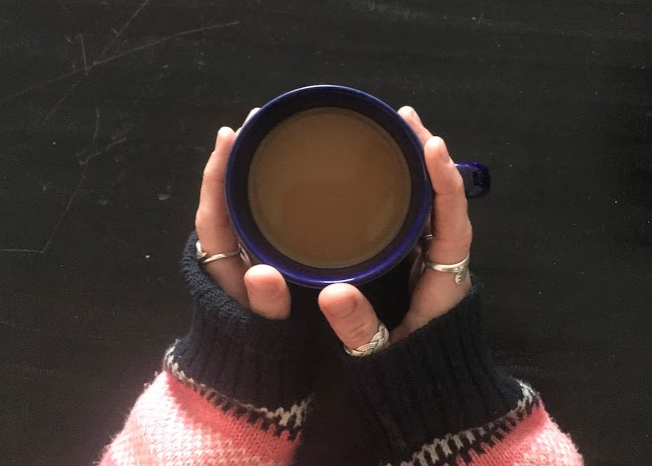 Westernized society eventually sucked me back in, and I was back to being that girl who does social media, plotting out the perfect photo and caption for the world to, once again, validate myself. How could this possibly be a reflection of who I was? Why was I sucked in?

Because I was lonely. I returned home without addressing some of the most important concerns of my entire life, which enabled me to isolate myself from the world only to seek the “connection” of others through an online realm. Believe me, I know it’s not healthy. But it wasn’t until I came to the conclusion that this introduction of Lauren Michelle Dow wasn’t the one I wanted. When people shook my hand to say hello, I didn’t want them to know me as anyone else, but me.

But who was I? Who am I now? I guess I’m still figuring that out. But what I’ve come up with so far is actually pretty great. I love who I am. Not always, believe me there is a lot of self-hate that is deeply routed in there, but I’ve been working very hard (with a therapist, because transparency is important to me) to not squelch the demeaning thoughts of myself, but to understand and learn from them.

So here it is world, a whole new perspective on me. I hope you enjoy what follows. There is some exciting new projects in the works and I can’t wait to share them with you. Not because I need you to tell me how great I am, but because I will have accomplished something that I have dreamed about doing all of my life.

Below, I’ve provided some helpful ways that you can find the courage to be yourself. I can’t promise you they will work, but I can tell you what has worked for me.

5 Ways to Find the Courage to Be Your Authentic Self:

Remove the Shame and Guilt

Shame and guilt work synonymously. The only reason we feel shame is because guilt is sleeping right next to it. For the longest time I was ashamed of myself. For not being educated enough, skinny enough, cultured enough, outgoing enough, rich enough. The guilt I had of not meeting the expectations that were set for me by my parent’s initial eagerness for me to go to college and start my career or whatever has been set for me through the eyes of the Golden Age media infused societal norms.

Instead, I removed the shame and the guilt so I could finally be free of those chains and start living the life I actually wanted to live, not what I was constantly told to.

Filters Are For Social Media, Not Your Life 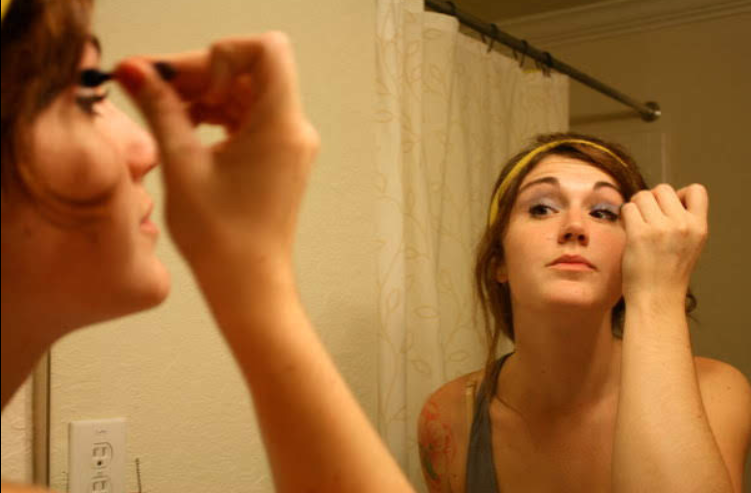 I’m not saying to go out and say exactly what’s on your mind all the time. There is a time and place for everything. Respect and common courtesy still exist for a reason. What I am saying is to remove the physical and metaphorical filter that we put on ourselves daily. There have been many times I’ve wanted to speak my mind, but haven’t because of the oppressed stigma that a girl should quietly keep her mouth shut if she doesn’t have anything of value to contribute. I’m talking about the filter we spend an hour or so a day applying to our face, hair, and nails to mask who we really are just to feel confident about our exterior.

It’s fun to play dress up, but do you want to waste thousands of hours of your life in front of a mirror? This one is tough for me. Not the makeup thing, I’ve never been good at that. But the speaking up part. I am a clam. I constantly filter what I’m going to say. I might even start to say a sentence and decide it’s not good enough and just pretend that I forgot what I was saying. Not cool bro. Not cool. So I’m going all out #NoFilter.

Channel Your Child Self

I love this one because I actually got the idea from Whitney Cummings in her book “I’m Fine…And Other Lies.” She talks about the idea of looking at a photo of your five year old self and being as kind and gentle as you are to that person, to who you are now.

At what point did we start developing thoughts of insecurities and needing to be more than we are now? At what point did we stop being free and curious without constantly wondering what our neighbour is thinking about us? I don’t know, I’m not a psychologist. What I do know is that once I started to act like a child, I started to feel more like an adult. There wasn’t this little seed sitting in the back of my head while I hiked in the mountain of “Oh gosh, I know I have that deadline. I wonder if they’ll even like my idea.” It was breathe of fresh air to look at the world as if I was experiencing it for the very first time. I still hate mosquitoes. That will never change. See, I’m still a kid at heart. Just an adult on the outside.

This one is crucial. Allowing yourself the patience and the overall kindness to set in while you navigate through this process of self discovery is the only way you will truly succeed. You will fall, you will get back up. You will get discouraged, you will start again.

In a world of instant gratification, we think everything is just going to happen with a quick flip of a switch. If that were the case, there would be a lot of people out of business right now. Be patient with yourself, just like you are with your kids, your dog, your spouse, your friends. You are another creature on this earth just like them, so why don’t you deserve the same respect?